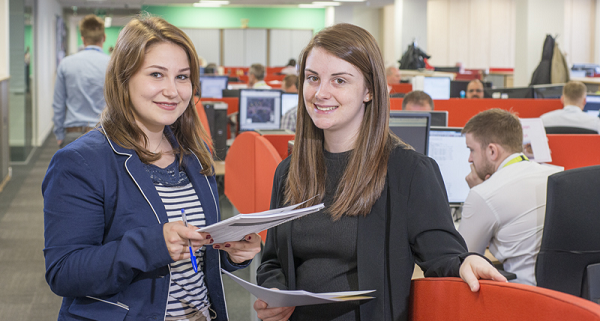 Careerwise is designed to encourage employers to create 8 to 12 week paid placements in the STEM sectors, exclusively targeted at women who are currently studying at Scottish Universities and Colleges.  Launched in 2013, the project has completed three full placement cycles and is midway through its fourth cycle.

This 3-year project review evaluates project activity and analyses feedback from employers and students over years 1 to 3 (2014-2016), with additional focus on feedback in year 3.  The report highlights project performance and identifies a range of opportunities that could be explored to further develop the project.

Over 10% of placements have led to an invitation to return or a job offer.  The positive experience of employers is evidenced through project impacts:

Students provide consistently positive feedback on the scheme, with very high survey scores across each year, focusing on improvement on:

Confidence was a key theme in student feedback, eliciting the most comments in open responses and receiving a 95% positive response rate in a closed response question. The open responses showed a variety of ways in which confidence was raised, focusing mostly on how exposure to “real world” working environments helped the student assure herself that she would be able to take on a professional role, make a meaningful contribution, and work in a supportive and friendly environment.

More than 90% of students reported that they were more intent on pursuing a career in STEM as a result of undertaking their placement. Students reported being substantially more informed about the range of careers in STEM. They also formed the belief – a belief that tallied well with the responses from employers – that they were more likely to stand out to employers when pursing a STEM career in the future.

Overall, the Careerwise project is well run and is making significant progress towards the overarching goal of supporting the creation of STEM placements for women studying at Scottish Universities.  Feedback indicates that these placements are successful.  Through this work, and sharing the work with employers and students, the project is making a wider – though hard to measure – contribution to the overarching goal of addressing concerns about the under representation of women in STEM.

MA Connect – An evening of networking

Get Some Monster Confidence