February is LGBTQ+ History Month, with this year’s theme as ‘Blurring Borders’. To celebrate we wanted to highlight the incredible achievements of LGBTQ+ women in STEM from history through to the modern-day.

However, in reflecting on these achievements, we must also consider the work that is still to be done to make STEM sectors fully inclusive, where everyone has an equal chance to contribute regardless of gender, sexuality, race, disability, or any other barriers.

There are many incredible STEM achievements from LGBTQ+ women to be celebrated. Here are a few examples: 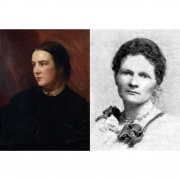 Sophia Jex-Blake (1840-1912) was one of the Edinburgh Seven, the first women to be admitted to study medicine at the University of Edinburgh, facing barbaric resistance to their inclusion. She was the first woman to practice as a doctor in Scotland, and one of the first in the UK.

Sophia campaigned for more women to have access to medical education and established two medical schools for women in Edinburgh and London when institutions refused to admit women.

Sophia is believed to have been in a relationship with Dr Margaret Todd (1859-1918), herself a notable STEM figure. Margaret qualified from the Edinburgh School of Medicine for Women (established by Sophia) and coined the term ‘Isotope’ for the research of her Chemist and Nobel-prize winning friend Frederick Soddy. In her will, Margaret left £3000 (equivalent to £283,000 in modern money) in her will to be used for the advancement of women in medicine 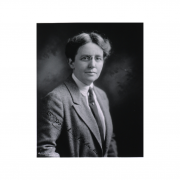 Sara Josephine Baker (1873-1945) was an American doctor and medical campaigner, she led notable campaigns combatting infant mortality in deprived areas of New York, she also campaigned for improved maternal care through the licensing and training of midwives and campaigned for doctors and nurses to available in schools to treat children.

Baker was offered the role of Assistant Surgeon General and was the first woman professional representative at the League of Nations. She is believed to have been in a longstanding relationship with author Ida Wylie and pathologist and medical researcher Dr Louise Pearce. 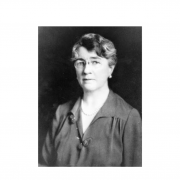 Louise Pearce (1885-1959) was an American pathologist who helped develop a cure for African sleeping sickness, helped develop treatment for syphilis, and undertook extensive research on cancer. Sleeping sickness was a fatal epidemic which had caused more than 250,000 deaths in Uganda in the early 20th century.

She was the first elected woman member of the American Society for Pharmacology and Experimental Therapeutics in 1915. She is believed to have been in a relationship with Dr Sara Josephine Baker and author Ida Wylie. 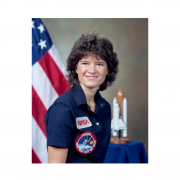 Dr Sally Ride (1951-2012) was an astronaut and physicist and was the first American woman, and third overall, to go to space. She had two missions on the Space Shuttle Challenger in 1983 and 1984, she had been training for her third prior to the Challenger disaster in 1986. Sally was the only person to serve on both panels investigating the Challenger and Columbia Space Disasters.

She became a professor of Physics for the University of California – San Diego and led several NASA outreach programmes for school-age children. She also wrote and co-wrote a number of books encouraging children’s interests in science.

She was a very private person, and it was her 27-year relationship with Tam O’Shaughnessy was only publicly revealed following her death. Together they cofounded Sally Ride Science, a non-profit that encourages STEM education and literacy. 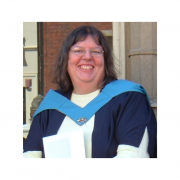 Angela Clayton (1959-2014) worked internationally on both Nuclear Safety and Health Physics. She was the Head of Criticality Safety at the Atomic Weapons Establishment for several years.

Angela was a transgender woman who campaigned extensively for the rights of the trans community. She was the first trans observer for the Trades Union Congress and helped develop the 2004 Gender Recognition Act. 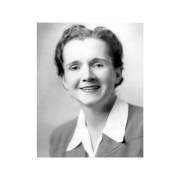 Rachel Carson (1907-1964) was an American marine biologist and conservationist whose book Silent Spring helped advance the environmental movement. The book highlighted the impact of unchecked pesticide use had on the environment – the environmental interest from the book was instrumental in the establishment in the Environmental Protection Agency in the US.

She was posthumously awarded the Presidential Medal of Freedom by Jimmy Carter. She is believed to have had a long-term romantic attachment to her friend Dorothy Freeman. 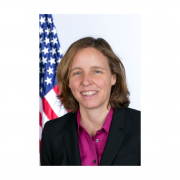 Megan Smith (1964-) is an American engineer and technologist who became the first woman Chief Technology Officer of the United States under Barack Obama’s presidency. She has worked for various technology powerhouses including Google, Apple, and General Magic.

Megan is a staunch advocate for STEM education and innovation, supporting many organisations and initiatives designed to reduce inequalities in STEM fields. 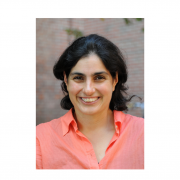 Nergis Mavalvala (1968-) is a Pakistani-American astrophysicist and was part of the team of scientists who first observed gravitational waves, confirming part of Einstein’s theory of relativity. She has also pioneered new theories and techniques including the laser cooling of macroscopic objects and squeezed quantum states of light.

She is a professor of Astrophysics at Massachusetts Institute of Technology (MIT), where she is also the Dean of the School of Science

Developing a more diverse and inclusive STEM sector is hugely important to ensuring Scotland can remain influential, innovative, and successful. We know that women encountering multiple discriminations are far more likely to face barriers in their careers, the symptoms are well understood, but treating and curing it is taking far longer.

Intersectional Equality in STEM requires work at every stage of the career pipeline to ensure everyone has equal access to opportunities, and an equal chance to contribute to advances in STEM.

There are some amazing LGBTQ+ STEM networks that can support you in your career, Check out these links to find out more:

International Day for Women and Girls in Science