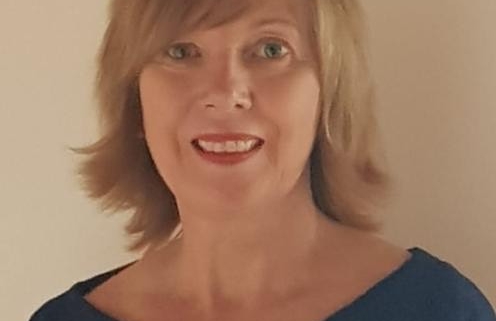 5 months into the role of Director I have been looking back at the history of Equate Scotland as we charter our way through the current turbulent and ever changing COVID-19 environment.

Roll forward to 2020 and it’s clear that Equate Scotland has not only built on that foundation but gone from strength to strength.  Building strong and positive relationships with the students, women and employers and key sectors we work with – no more so than during this time of Covid-19 and economic challenge.

What has been so great to see is the way the Equate family continues adapt and to work together; because just like everyone else these past 9 months we have had to change the way we work in order to deliver the services and support you ask for.

I was struck by two recent examples of just how strong that Equate family is.  We hosted an event to mark Ada Lovelace day, one of our guest speakers was Chelsea Jarvie, who as a young STEM student ambassador worked with Equate in the early steps of her career.  And here she was today, “paying it back” by supporting other women in STEM, by sharing her considerable knowledge and experience and how much the support from Equate Scotland had helped her career journey.

The second example was our highly successful Equate ConStructEd Programme run in partnership with the construction sector.  Despite the challenges of COVID-19 this year’s event was the most successful with 28 women attendees working on site in Blackburn. And it was that wider Equate family that made it happen, with special thanks to Dale Lyon of ConStructEd Scotland, David Sibbald of Sibbald Training, and our sponsors Balfour Beattie and Aecom who have sponsored the event of the last two year. And of course our Joanna Glenfield and wider Equate team making it happen.  It was a huge success and the feedback was off the chart!

All through this period our focus has remained on you.  That’s why we launched our survey in September to better understand the experiences of students, women and employers in STEM at this time.  Thank you to everyone who has responded.  We are currently analysing the survey and will share the findings with you next month.  Meanwhile, here are some of the top level themes that you told us about.

From Student responders 60% were not yet part of our network, but wanted to join. So we will be in touch very soon!  You told us you wanted help your with CVs, applications and interview skills. Experiential learning was also important – in data science, renewables and also getting lab experience. What we will also examine further is that 74% did not yet have an internship arranged.

The STEM women who responded indicated that 23% had been furloughed or made redundant. On a positive note 80% of those working felt supported by their employer.  However 48% felt under pressure due to childcare responsibilities and of those 63% were home schooling.  66% of women wanted skills workshops and 54% wanted confidence building sessions, while 47% wanted mentoring.  Mentoring is something that we are keen to develop as part of our range of services – we will explore this further in the next few months.

The majority of Employers who responded employed less than 150 people, and the biggest sector response was from Engineering.  72% of employers had accessed the furlough scheme. 72% had not made anyone redundant, but 28% were now planning to do so.  While 50% were planning to recruit in the next 3 months, 22% were not planning to recruit for the next 12 months.

What comes next in terms of our services and support at Equate Scotland will largely be shaped by the feedback you have provided.  We also plan to survey again in February to see the impact and changes over the winter months.

Equate Scotland has come a long way since 2006.  Reassuringly this survey tells us there is so much about what we do that you value, but also that there is still so much value we can still add.  Just as we have been since 2006, we’re listening to you, working with you, and for you because, especially in tough times, that’s what families do. Meanwhile, keep safe, and healthy in the coming weeks.

Shannon McGrath on her internship during COVID